Poll the audience and get real-time feedback 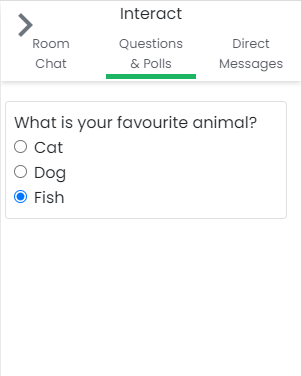 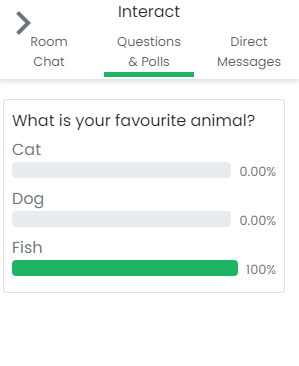 There can be an unlimited number of polls during a session.

Did this answer your question? Thanks for the feedback There was a problem submitting your feedback. Please try again later.
Last updated on June 1, 2022